Sorry, nothing about EVE in this post. Do read on though, if you love EVE this should interest you.

I awoke this morning to the news that David Braben has posted a project on Kickstarter. He's looking for £1.25 Million to release a new game in the Elite series - Elite: Dangerous. For anyone who grew up playing the original Elite or Frontier: Elite II this is massive news. 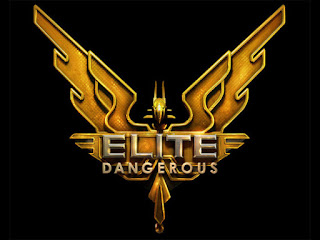 
There are a bunch of other benefits you can choose as well, but even if you can only spare a fiver you should go show your support for the next instalment of this ground breaking series. As soon as I calmed down a little and read through those benefit options I stuck a few quid in the pot. Just don't tell my wife.
at 10:07
Email ThisBlogThis!Share to TwitterShare to FacebookShare to Pinterest
Labels: elite, kickstarter, random