EVE has some of the largest battles in any online game. For a long time I have enjoyed reading about these in various news sites with the occasional mega-battle making headlines in the more general gaming press. Today I was made aware of the following:

Last night's battle of 6VDT-H between TEST and CFC resulted in a peak of 4,070 pilots in one system. That's a pretty awesome number and one which triggered the BBC to run an story on the battle. I watched a little on Mad Ani's twitch.tv stream and was quite glad to not be suffering the 90% system slowdown. It really is pretty weird having EVE news feature in what I generally consider a 'real' news website.
at 13:04 No comments:
Email ThisBlogThis!Share to TwitterShare to FacebookShare to Pinterest
Labels: eveonline, goons, image, nullsec, war

I have been pretty stumped by the thinking behind the recent changes to industrial ships. First there was the changes to the skill requirements which basically destroyed any progression through small to large haulers by making 'Racial Industrial I' enough to fly all indy ships for that race. Although it was a long time ago I can still remember the pleasure at progressing to increasingly larger Iterons, something that new pilots will no longer experience.

CCP then followed the skill mangling with the more recent proposals to almost completely overhaul the various indy ships to pigeon-hole them into particular roles. On the face of it this could have been really good. ORE have been making inroads to their niche industrial category. For a long time now we have been familiar with the various mining barges, the Orca, and most recently we were introduced to the mining frigate. This would have been the prefect time to give ORE some hauling ships. What mining operation doesn't have haulers doing the heavy lifting while the mining captains drink themselves silly?

Unfortunately it appears there was no budget for art changes to the industrial ships. CCP should have changed the ships dramatically leaving one or two indy ships per race and creating a whole new range of ORE haulers. Instead we got an mix of fast and tanky or slow and capacious for all races plus the races with inconvenient extra hauler tiers got forced into the roles that ORE ships would have better dealt with. This meant we were left with very familiar ships filling some vastly changed roles and leading to much player rage. A new range of ships and retirement of the inconvenient existing ships could have avoided that. And no, changing the names doesn't really make much difference.

I was totally taken aback by the level of rage the players vented on the forums about the changes to the industrial ships. Even in my own alliance's jabber server there were heated debates on the changes, somewhat fuelled by my own inability to understand what the big deal was. A long time ago I trained Gallente Industrial I. I chose that because I am Gallente, not because ship fitting guides told me this was the biggest ship. I trained through all the tiers to get to the Itty V because it was the largest for my race. If I was Caldari I would have probably done the same with the Badger. It appears I am alone in this dirty-role-player frame of mind. The unhappiness I encountered was around CCP removing a choice someone once made to train Gallente Industrial V instead some other race because that would get them in the biggest hauler. A similar problem encountered when CCP remove Deep Space Probes rendering Astromentrics V less useful due to the decreased value of having level V in that skill. Both these changes have affected skills I had chosen to train and I have had very little of the annoyance exhibited by people against both these changes.

My opinion on the whole thing is people need to stop being so tied to absolute numbers and look at the bigger picture overall. In the real world competing products move their relative strengths and weaknesses against each other all the time. If you are using product A and suddenly product B becomes better at what you want to do then you switch loyalties. It's hard to replicate this in a game without eternal stat inflation. This means buffs to some ships have to come as debuffs to other ships in the same class. This was seen in the combat ship rebalancing but is somewhat diluted by the greater number of variables that can be tweaked in combat ships. We still saw great upset as people whined that their outstanding Drake and Tengus were nerfed to being more average. Making the game more balanced, by definition will see all ships in a given bracket become more like each other. The increased variation in viable ships is better than having world+dog in boring Drakes. Haulers had only agility and capacity to mess with largely removing any possibility for meaningful variation between races given there is more than one hauler per race. The second iteration of the rebalance addressed that by creating specialist roles for the spare ships but still means there is no real variation between races. This is where the ORE ships should have come in, or maybe some other large company making specialised haulers - Interbus? The Miasmos will forever be the Iteron IV no matter what you call it. People are also still most likely to train Gallente as that gives access to the largest number of specialised haulers.

Is it really worth getting so worked up about this change? Adapting to a changing environment keeps life interesting. In EVE the environment includes not only the solar systems we fly through but also how all the ships themselves are best put to use. Changes to offensive and defensive module fitting requirements result in changes to the current in vogue fleet doctrines. This has a knock-on effect to the skills needed by the pilots flying these doctrines. The people building and doing invention jobs also need the right skills for the right ships. Why shouldn't there also be a flux in which ships are the best for hauling requiring indy pilots to keep their skillset current?
at 08:00 2 comments:
Email ThisBlogThis!Share to TwitterShare to FacebookShare to Pinterest
Labels: ccp, community, eveonline, industial, protest, rebalancing

Okay, it took a lot longer than normal to write up my fanfest stuff. I made a decision that I wouldn't write about anything else until I finished writing up FanFest. A lot has been happening in-game in that time which kept me too busy to write long blogs about FanFest. There have been plenty of small things I could have posted about for the past two and a half months which I had to leave alone due to this decision. Anyway, normal service will hopefully be restored now. I'm going to make a list of things I would have posted about and see what turns into real posts.

at 07:00 No comments:
Email ThisBlogThis!Share to TwitterShare to FacebookShare to Pinterest
Labels: eveonline, orea

After the 'CCP Presents' presentation there were only two things left for me to do, party and go home. Unfortunately both these things were to run concurrently and test my stamina somewhat. I'm fairly sure a decade ago when I first tried EVE this would have been a trivial matter, but now I'm older and allegedly wiser. Although if that was true I'd probably have booked a later flight home.

A bunch of us went out for food together. It would be most of IoS's last meal together. To say meeting my corp and alliance mates was wonderful would be understating the point somewhat. They are all as great guys (and girl) in real life as they are as disembodied voices on comms. I'd happily go anywhere to hang out with them again. As a result of us going to eat we missed the first two hours of the party at the top of the world. Sadly this meant no Roxor for me. At least we got there in time for Skálmöld and I discovered a whole new genre of music to listen to. The harmonies, tempo changes and chanting without music really struck a cord with me and I've been listening to it since coming home. Seriously, go listen to Skálmöld now.

After watching Skálmöld's set we took a wander through the capsuleer's private lounge. As cheesy as it sounds this had me feeling as close in real life to pod pilot as I'm ever likely to come. No idea why, just knowing it was a private lounge was special. Maybe it's how I picture the clubs in the capsuleer areas of Jita 4-4 - dark room; banging tunes; full of eggers hanging out with their mates. There's an interesting video made it up on Facebook of me throwing some crazy shapes while bekilted. Thankfully I can't link it here to embarrass myself.

Continuing to drink £5 cans of Polar Beer and finishing the whisky in my hip flask I spent the rest of the evening bouncing between the two stages.

I had never planned to stay to the bitter end of the party, knowing I had a very early flight home. Similarly I had no plans to get some sleep know I'd never wake up in time for the flight. Thankfully one of those plans worked and walking back to my hotel after the bitter end of the party saw me have almost an hour to stand in the shower and sober up before the bus to the airport. I was still in a bad state as I made myself some breakfast an hour later - my cup of coffee mostly ended in the saucer due to a rather shaky hand. Handing my room key in was troubling as I simply couldn't find it anywhere. The hotel clerk was okay about me losing it and said not to worry. Bizarrely, the key spontaneously appeared in my back pocket just before getting on the bus... WTF, I'd looked there more than once!??

The return journey was Bus→Airplane→Bus→Train→Another train→Walk and merely 12 hours after leaving a massive party in Iceland I was home in Scotland. This ended the longest journey I've ever had home from the pub. It also ended a very fun week where I got to hang out with a lot of EVE players and generally have a fantastic time. Once I recovered from the journey home I declared to my wife that I'm taking the family to the beautiful and wonderful country of Iceland for a holiday. I've not worked out how to say I'd like to go to another fanfest though. 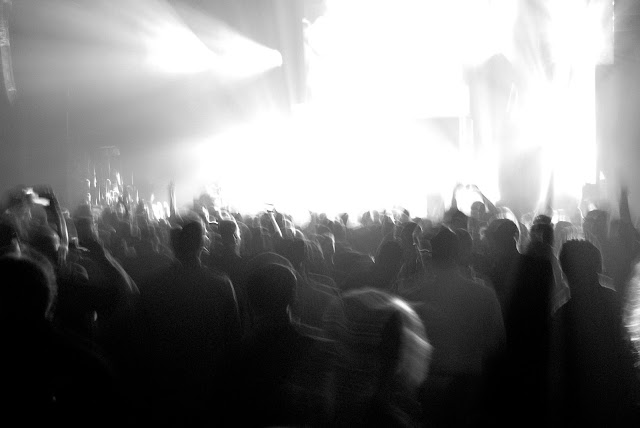 If you are thinking about going to fanfest I can offer one piece of advice - do it. You won't regret it in the slightest.
at 12:40 2 comments:
Email ThisBlogThis!Share to TwitterShare to FacebookShare to Pinterest
Labels: ccp, eveonline, fanfest
Newer Posts Older Posts Home
Subscribe to: Posts (Atom)