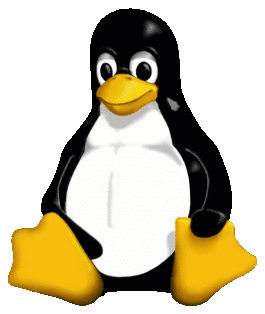 In the distant past I used Linux as my main home PC operating system. I didn't play many games back then and being able to run successfully on Linux was pretty much a requirement for me even trying a game. As my professional career gave me more and more freedom to play with various technologies on Linux I spent less time playing with them at home. This freed up time was soon put to good use and I started playing more games.

I still spent a fair amount of time trying to get a sufficiently performant experience with EVE in Linux. I could definitely get it working but there were always some niggles, not least was that my PC was getting old and the performance hit from running EVE on top of a translation layer made it worse. Ultimately I gave up and just ran EVE under Windows. I would occasionally foray back into EVE on Linux on various work computers but never got anything I would call 'satisfying'.

I randomly stumbled across a post in the EVE forums yesterday talking about the EVE Launcher being available for Linux. Apparently this is something that CCP Snorlax has been working on as a side project. It downloads and installs its own custom build of WINE on which EVE will run. The forum thread I linked, above, is pretty active so if you give this wonderful side project of CCP Snorlax a go and get stuck there's a good chance you can get some help there.

I've yet to try this myself. As always all I have running Linux is an ancient laptop. I hope to give this a go at the weekend but I'm pretty sure all it will do is turn the laptop into molten plastics.
at 18:13 No comments:
Email ThisBlogThis!Share to TwitterShare to FacebookShare to Pinterest
Labels: ccp, eveonline, launcher, linux

Last month I wrote about CCP introducing what amounted to 'daily quests' on the test server. These have finally arrived on the live server and I'm happy to see that rats in w-space also count towards the gifted skill points. A few of us had hoped that the daily opportunity would be per character, thus giving us the chance to earn extra SP for all our alts. Sadly this is not the case and you can only earn 10,000 SP extra per account, per day.

I suspect this is to prevent more experienced players who don't want or need the SP from simply farming it. If you used all three characters to do this you could fill three skill extractors every 7 weeks. Selling those on would have given enough ISK to cover a PLEX. Essentially the monthly cost of playing EVE would have halved for people who didn't need this SP.

I guess doing it this way is probably a good thing. However, given the alt-centric nature of EVE, it would probably benefit newer players to be able to accelerate the training of the two alts they get on an account. Maybe CCP could allow the bonus SP to be per character providing said character has less than five million SP? Then new players would be able to rapidly train the low SP, highly specialised alts most experienced players have access to.
at 08:42 1 comment:
Email ThisBlogThis!Share to TwitterShare to FacebookShare to Pinterest
Labels: ccp, eveonline, new-player, skills 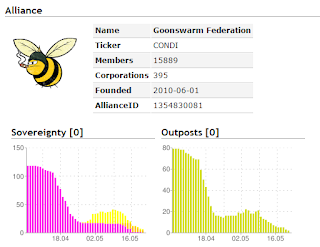 I've been watching with vague interest at the whole World War Bee thing. Along with most of New Eden I put an alt into Pandemic Horde. I didn't do that because I have any particular hatred of Goons/CFC/Imperium, rather it was the easy route in for random fights. I can't say I've been particularly active as I'll always log in to my wormhole corp. first. There's been some fun roams, some total whelps, and a couple of totally boring moments sitting doing nothing. As I've mentioned here before the propaganda flowing from the war has been excellent. To my mind that's been the best part of the war entirely.

Throughout the war so far the basic scheme of things has been thousands of Money Badger's shouting "Grr Goons" while taking sov from said Goons. On the Goons side they've been readily declaring how they didn't want that sov anyway whilst getting somewhat excited about Horde tears and crushing victories over "strategic Thrasher fleets". To be honest I've been somewhat disappointed by the Imperium response. I've been around since 2009 and there's been some impressive shows of force by the then CFC which has been totally lacking this time around. What could have been the next great war in New Eden has been a damp squib where the largest and most experienced coalition has been excited about shooting fish in barrels.

Today it was highlighted to me that Goons have finally reached their target. They currently hold sovereignty in absolutely zero systems in New Eden. No matter what happens now it is incredibly unlikely that we will see any Goon supercaps in battle any time soon. They no longer have the infrastructure available to them to rebuild any losses. We are all poorer from this turn of affairs. Nonetheless I hope that with zero systems claimed Goons now feel ready for the fight back. With no sov, they truly satisfy the conditions to stage their uncatchily-named "War of Sov-less Aggression".
at 10:24 No comments:
Email ThisBlogThis!Share to TwitterShare to FacebookShare to Pinterest
Labels: eveonline, goons, world-war-bee

It's been just over two weeks since the first Astrahus citadel was anchored. Many since then have been aborted before they made it to fully operational status. I thought it would be interesting to trawl zkillboard and look at the Citadel deaths so far this month. 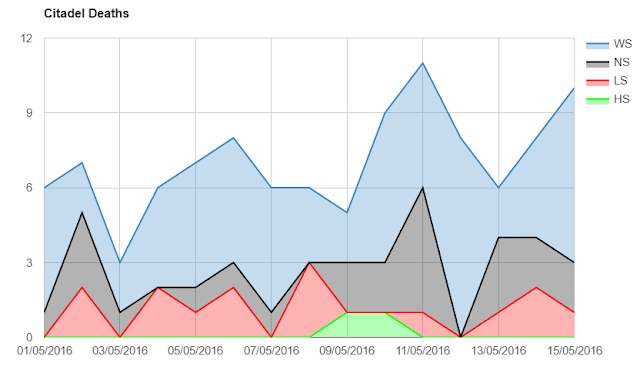 I had thought the majority of citadels would die very early in the graph as everyone scrambled to kill the shiny new thing in-game. It turns out the rate of dying seems to be increasing. In retrospect I guess this is because the price has been dropping. More people are either willing or able to risk the cost of launching these new toys.

I can't help but notice w-space is particularly unforgiving for people launching a citadel. I wonder if that's a function of us wormhole dwellers allegedly having too much ISK. I'd need to check the classes of hole these citadels died in. The C5/6 dwellers certainly can afford to drop the 1.5 Bn ISK on a citadel. The more casual groups like my corp have to think twice about it.

I'd be interested to see how the number of aborted citadels compares to successfully onlined ones. To see seven citadels died in w-space yesterday seems concerning on the surface. But if that was seven out of 70 anchored then all is well.

I look forward to us anchoring our first citadel but I'm going to be watching silly season on these kills to pick an appropriate time before we even attempt to put one up.
at 22:23 2 comments:
Email ThisBlogThis!Share to TwitterShare to FacebookShare to Pinterest
Labels: citadel, eveonline, graph

Death to all Citadels

As I recently posted, I was definitely not going to suicide a noob ship on the Perimeter citadel which ended its final reinforcement timer last night. Here is the edited video of me not doing exactly that, set to Permaband's latest tune.

at 23:30 No comments:
Email ThisBlogThis!Share to TwitterShare to FacebookShare to Pinterest
Labels: ccp, citadel, eveonline, video

To kill a Citadel

My picture post on Sunday showed one of the first citadels in New Eden. I can happily report that it successfully anchored and was fitted up to become a fully armed and operational battle station. I also mentioned on Sunday that there were four pending wardecs against the anchoring alliance. These are now up to six active ones. Inevitably, this happened:

I am very certain that those 24 battleships fully exceed the 5000 dps cap on an Astrahus and there was no noticeable defence fleet that I saw. Nonetheless they took the Astrahus through it's armour and into the second reinforcement timer of six days.

If you want to witness the destruction of this hisec citadel you should get yourself to the Jita gate in Perimeter by 23:10 this Sunday (May the 8th). I've a pretty good idea that system is going to be pretty packed. I can in no way confirm nor deny that I'll have an alt losing a ship to Concord to whore on the killmail. I couldn't possibly suggest that you do so too.
at 09:30 No comments:
Email ThisBlogThis!Share to TwitterShare to FacebookShare to Pinterest
Labels: citadel, eveonline, wardec

Ladies and Gentlemen, I present for your appreciation the first Astrahus citadel (that I've stumbled across) in its construction phase. 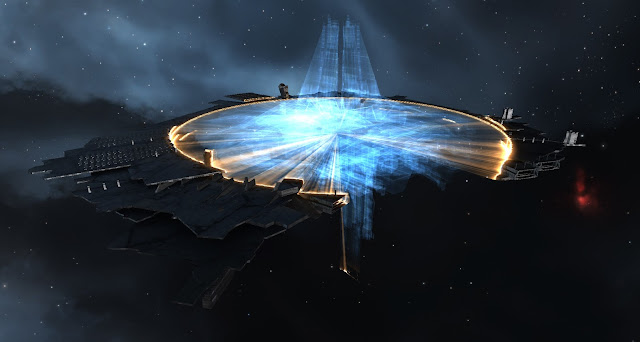 I'm not holding my breath over it's longevity as there are already four wardecs on the anchoring alliance. I can neither confirm nor deny the accusation that I have an alt sitting at zero on it to whore on the killmail...
at 00:15 1 comment:
Email ThisBlogThis!Share to TwitterShare to FacebookShare to Pinterest
Labels: ccp, citadel, eveonline
Newer Posts Older Posts Home
Subscribe to: Posts (Atom)