I managed to sit down and watch CCP's announcement on twitch.tv. I'm not really the kind of person to go into detailed, in-depth analysis of these changes. Indeed, there probably isn't enough out there as yet to do so. While watching the stream I was making notes. Ideally you would be best going to watch the recording of the announcement. If you don't have time, here are my notes for your perusal.


- Release date November 19 for EVE Rubicon. Not sure about that name.

- Player Customs offices in hisec. Destroy and replace with your own to tax hisec players as you feel like it.

- New deployable structures.
- Siphon Unit (steals moon minerals or reaction items from POS)
- Depot (Personal home base in space for storage or refitting including a reinforce timer)
- Auto tractor/loot pull all wrecks to one point. You will still need to salvage the wrecks but it will loot them all for you. Won't loot wrecks you don't own though.
- Cyno jammer preventing new cynos being lit within 70 or 100 km (to be decided). 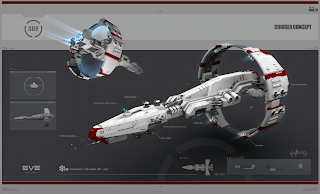 - Fixing ship warp acceleration time. Cruisers will be the average: smaller accelerates faster; larger accelerates slower. About time this happened. Wonder if they'll fix the stutter when you switch from normal to warp engines?

- Interceptors buff, they may become immune to warp bubbles

- Maurauders getting 'bastion' mode plus micro jump drive buff to allow them to MJD every minute instead of every three minutes.

- Interdictor getting buffed to make them more useful. 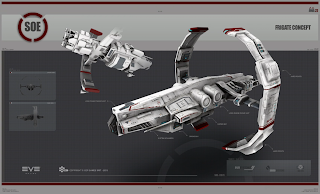 - New certificate system to replace the current system with 'Mastery'. Basically a reworked collection of certificates.

- Adding twitch.tv integration in game. Would be nice if you can also watch twitch.tv streams in-game (on the TV in captains quarters).

So that's the notes I made during the stream. I don't think there is anything I'm massively excited about although I'm sure as more details on certain things comes out that could change. The personal structure for storage could be useful in wormholes depending on whether they can be scanned and how long the reinforce timer is. If they are quick enough to find and reinforce then it'll probably become standard practice to either find them and reinforce them to allow any other wormholers to blow them up when the timer is up. If enough wormholers do that it'll be a nice gift to each other.
at 21:22 No comments:
Email ThisBlogThis!Share to TwitterShare to FacebookShare to Pinterest
Labels: ccp, eveonline, expansion, winter
The folks over at the Crossing Zebras podcast have organised a Community Free For All event. The idea is to get all us bloggers, the podcasters and the CSM members in one system at the same time to kill us repeatedly.

Where: Asakai
When: Saturday 5th October, 2000
Eve Ships: Frigates, Destroyers and Cruisers (T1, T2, T3 all allowed – no ship or module restrictions)
Length: I have no idea – until we exhaust all local supplies of frigs, dessies and cruisers I would guess!
Channel: CZ Community FFA


This should be awesomely destructive fun and I really hope to make it there. I've posted something about awarding prizes inside my alliance for members who get themselves over there too. I just need to work out what prizes and whether or not to make them all based around deaths rather than kills.
at 19:30 No comments:
Email ThisBlogThis!Share to TwitterShare to FacebookShare to Pinterest
Labels: alliance, community, csm, eveonline, live event, lowsec, orea, pvp

I've not taken part in a Blog Banter since January. I figured I should get off my lazy arse and write something for this one. This month's blog banter topic comes from a few sources and focuses on that most important of measurements of an EVE Online Pilot: how much money do you have?


What is "rich" in EVE? Is it simply having more ISK than most everyone else, is it measured in raw numbers of some other ethereal quality? Can you actually be poor? Have you ever lost nearly everything and had to claw your way back? If you are rich, how do you know and how did you get rich?

ISK fixation is rife in New Eden. This likely applies to the native currency of any consumer based society. You need currency to buy things; you need currency to do things; life is full of people focused on getting more and more currency to spend on more and more things. So who is rich? The person with lots of currency or the person with lots of things? And what about the enlightened individuals who don't covet all that they see? If the people with lots are rich does that mean the people with little are poor? 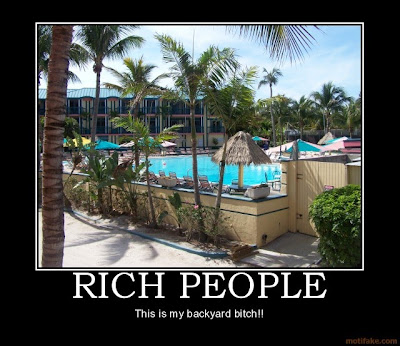 For me, being rich in EVE is all about enjoyment. When I was a new player this meant a Friday night with some beers or wine, listening to EVE Radio and running L3/4 missions alone. Later on in my EVE career my definition of rich changed to include hanging out with a friendly bunch of people in wormhole space running sleeper sites or mining, with solo stuff being relegated to when strictly necessary. These days the idea of playing EVE solo is not a riveting concept and I'd rather not play. The stuff I do do solo is generally administrivia which revolves around making my corp a better place for the other members to enjoy. I am happiest, and feel richest, when I have a small fleet of people clearing sleeper sites, noising up someone else's wormhole, or giggling like schoolkids on comms after we just did something really dumb yet enjoyable.

So, what is rich in EVE? For me, to be rich in EVE is to put yourself in a friendly environment with people you like flying with. If you can log into EVE when you want to and go enjoy yourself then you too are rich in EVE. Of course you need some ISK. Maybe money can't buy you happiness but the total lack of money rarely makes you happy either - if you don't have a ship how can you play? But it's having friends that is most important. And where else but the harsh environment that is EVE could that be more true?
at 13:41 4 comments:
Email ThisBlogThis!Share to TwitterShare to FacebookShare to Pinterest
Labels: blogbanter, eveonline

One of the things that happened during CCP's 'tiericide' of ship skills was the creation of racial destroyer and racial battlecruiser skills. Possibly somewhat foolishly someone at CCP uttered the immortal words "If you can fly it today then you can fly it tomorrow". I suspect that little sentence triggered the biggest stampede towards a single set of skills since EVE launched and people realised learning skills (remember them) were the first thing everyone should train. As a result there is a whole generation of EVE players who can fly every single tech 1 battlecruiser and below.
The effect this had on me was, of course, to train the appropriate skills on the main character I have on each account. The secondary effect this had on me was to set me on a sub-capital class ship completionist frenzy with Orea. Fast-forward a little bit and I can fly every single subcap ship with the exception of some T2 haulers and all T2 battleships. This is changing. On EFT I have a planned queue to finish off these ships. There's only 18 skills in it but 186 days of training. This paints some picture as to why I'm not burning through the complete set of subcaps.

About a week ago I finally bit the bullet to put in a battleship V skill. Today this caught my eye in EFT - 27% done but over three weeks to go! Holy cow, I've got another three of these to do. I know for a fact I'll not be putting another BS V skill in once this one is done. I guess the sensible thing to do would be to get some T2 large guns to match my leet Gallente BS skills. Large Hybrid Turrent V is only 18 days away...