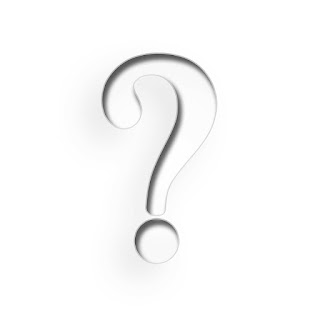 Back in the mists of time, when I first joined Z3R0 Return Mining Inc., the corp was primarily a PvE
corp. To a certain extent we had teeth we would bare at times, but our primary activities revolved around running sites, sucking gas, or building things. Fast-forwarding through the years we have moved back and forth between becoming more PvE focused or more PvP focused, but never fully dived into either camp.

A couple of years ago when I thought the time was right I tried to position us as a PvP corp who did occasional PvE to pay the bills for ships. The problem with that is people would join the corp, realise we weren't always wanting to form fleets to go out hunting, then log off and/or quit the corp due to doing too much PvE. Conversely, off the back of that, I positioned us as a PvE corp who like to shoot at people and the exact opposite problem rises up. People who don't want to PvP get upset when we want to shoot at other folks.

As it stands, with a new year underway, I'm having a think about how to position the corp in the obligatory EVE-O forum post. I've tried honesty and it didn't have much truck with people. I've detailed my stretching of the truth and that just leads to disappointed people. It seems that EVE players just don't get the concept we play the game with, namely we'll do whatever Bob presents to us. Be it shooting people, running sites or sucking C5 gas, so long as we can do it while consuming plenty of alcohol and having hilarious conversations we're happy. Hell, the perfect night brings in all of those options.

EVE players seem to expect a focus on a single aspect of the game. Large nullsec alliances get the luxury of creating silos of player activities so people take part in their favourite aspect. I have no intention to go to Nullsec. More powerful wormhole alliances occupy multiple holes with each member having a hole to 'Krab' in and not pollute their main pewpew home. I prefer the idea of not gaming the system, but to have each pilot (or family of pilots, as I see alts) truly earn the ISK 'at home' to enjoy New Eden. So I sit here contemplating a recruitment drive but have no idea how to position it. Saying "We do all the things" appears to be worse than lying.
at 23:30 No comments:
Email ThisBlogThis!Share to TwitterShare to FacebookShare to Pinterest
Labels: confusion, eveonline, orea, recruitment

My 2016 blogging campaign began with the goal of posting more frequently. I didn't think I would get back to the heady heights of 2012 but I was looking for at least one post per week on average, ideally six posts per month overall. Things were going pretty well for the first five months but then real life decided to take a dump on me in June when my work went under and I was made redundant. That's where blogging definitely took the back seat for the rest of the year.

Finding a new job for the first time in over a decade was interesting. Acclimatising to the new job was interesting. The hectic uncontrolled nature of the new workplace was interesting. All of this 'interesting' left me with not much spare time or energy. I had the choice between blogging or playing EVE. Sorry, dear reader, I chose to play EVE.

Citadels have been anchored. Roams have been roamed. Traps have been sprung and ships have been both lost and killed. I still fly with the same wonderful group of people every week so I'm happy to say my lack of blogging isn't a reflection on my lack of game time. Although I still don't get enough time to play...

This year I return with the same hope as last. A weekly blog with a couple of bonus posts per month where possible. Hopefully my remaining three readers will multiple into 12 by the end of the year. Stick with me and we'll find out. If there's anything in particular you would like to me write about drop me an email at orea@ofsolitude.net.
at 21:39 No comments:
Email ThisBlogThis!Share to TwitterShare to FacebookShare to Pinterest
Labels: life, plans, review
Newer Posts Older Posts Home
Subscribe to: Posts (Atom)