Ships of Many Colours

This appeared in a dev blog today. It would appear we are getting ever closer to properly customisable paint jobs on our internet spaceships.

People sometimes sound surprised when I mention I don't play EVE fully zoomed out. I like my pretty spaceships and play at a zoom level where I can appreciate them. I'm looking forward to CCP releasing another render like the above including my favourite looking ship - the Caldari Navy Megathron...
at 10:22 No comments:
Email ThisBlogThis!Share to TwitterShare to FacebookShare to Pinterest
Labels: ccp, devblog, eveonline, image, ships

Back in July CCP announced a graphics testing and benchmarking tool they were working on. The tool is called EVE Probe and uses the same graphics engine as the main EVE client. The idea for CCP is to release this tool to gather as much information from as many different computers as possible. The information is uploaded to CCP and they hope to analyse all the data to help increase the stability of the EVE client for everyone.

Yesterday CCP finally released the first public version for us to play with. Of course I had to download and try it as soon as I could. The first PC I ran it on was one I have at work. Said PC is an aging Dell PC and generally loads EVE over lunch to chat with people, put on gas reaction or other administrivia. All of this needs done with the graphics set to minimum. The results from EVE Probe reflected the lack of oomph in this work PC. I forgot to screenshot the results window but all five scenes were in the low single digits. One or two showed a mere 2 frames per second. Yup, knew that would struggle.

My home PC faired better but still betrays the age of the ATI HD5770 graphics card I use to power my two monitors. Frames per second ranged from 8 fps for fleet 3 to 56 fps for the fireworks display. 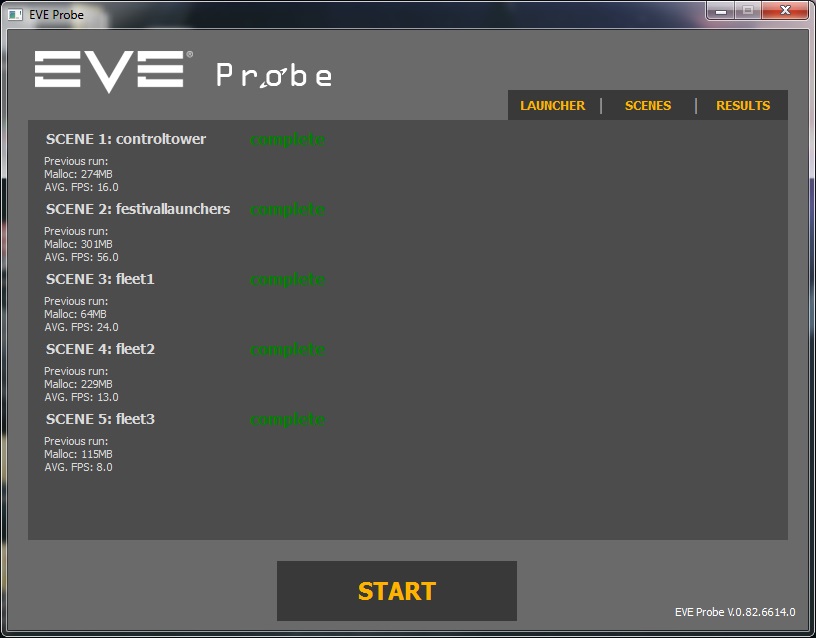 Generally when I'm playing I'll have two clients running. My main client runs with the settings on the 'Quality' preset running in a 1920x1080 Fixed Window screen. I like EVE to look pretty. I generally run a second client with the settings turned down to the 'Performance' setting and in a much smaller window (1600x900). As long as I'm not sitting in a POS I find the graphics perfectly acceptable. If I'm sitting at a POS with both clients I'm doing something very wrong so this isn't an issue.

CCP have also added a new subforum so people can share their results. It's very tempting to be suckered into buying a graphics card to get higher numbers, particularly when I see what numbers others are achieving. Must... resist... shopping...
at 10:31 No comments:
Email ThisBlogThis!Share to TwitterShare to FacebookShare to Pinterest
Labels: benchmark, ccp, eve-probe, eveonline


It's always the little things which leap out and grab me with excitement. Recently we had the pop/flash as people land on grid from warp. Not only does this add a little aural situational awareness it also looks really sci-fi cool. So on Sisi we have this new cloaking animation. It will make absolutely no difference to any mechanic in the game but oh my god does it look sexy! I can has now plz?
at 21:05 3 comments:
Email ThisBlogThis!Share to TwitterShare to FacebookShare to Pinterest
Labels: ccp, eveonline, video 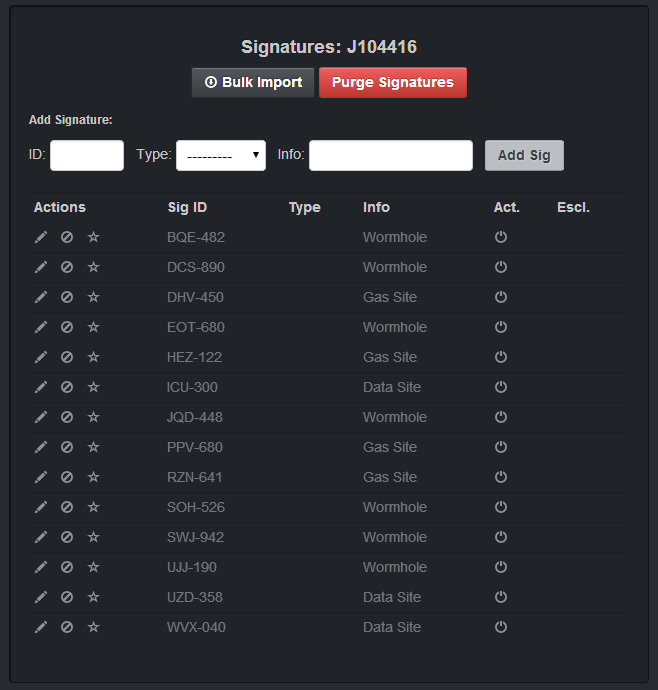 With more connections than Jita I really wouldn't want to be the poor corp stuck in there.
at 08:52 No comments:
Email ThisBlogThis!Share to TwitterShare to FacebookShare to Pinterest
Labels: eveonline, intel, screenshot, wormhole
Newer Posts Older Posts Home
Subscribe to: Posts (Atom)