A light in the dark

As I've previously mentioned there is currently something amiss with the display of wormhole states. I had a little excursion with my Orca due to an unexpected early collapse of a wormhole it eventually died looking for a quiet way home. Alcohol and impatience my have been involved as I decided to try and shoot out via a wormhole to nullsec not thinking for one minute that the locals would already know the location of their only sig. The result was I picked up a new Orca and flew it home, only to roll some more holes and get stuck outside yet another hole which collapsed with no warning.

(Hole rolling maths say a 3 bn mass hole with variance is 2.7 to 3.3 bn. For a hole which is in a reduced state the minimum mass required to collapse the hole is 271 million kgs. My Orca is 250 million, therefore it is impossible to collapse our C5 static with the Orca unless it is already critical or I am running a 100MN prop mod.)

Unfortunately I made a horrible discovery when I went to launch probes to start scanning; I had not fitted a probe launcher. Oh poop! 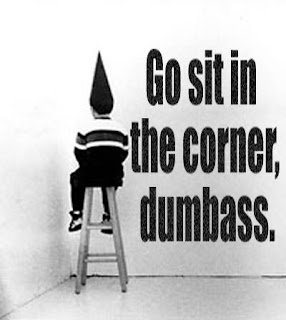 Given I had only just gotten myself back into our home system I was feeling rather annoyed. Annoyed that I'd forgotten to put the all important launcher on but also annoyed that the game wasn't following the well understood mechanics of wormhole life-cycles. I also knew that others on the forums have been reporting unexpected variances in hole rolling and a rumour that this was a known issue. Before initiating the self destruct sequence it was time to raise a support ticket. Without going into exact details, CCP told me the hole lifecycle completed normally, that there are no known issues with this, and there was nothing they would do about my predicament. Well shit, time to explode myself and claim the insurance.

Wait a moment, I could always appeal to the local corp for assistance. Worst case they lead me into a trap and kill me. The end result is a dead Orca which is no different to the current result. I had nothing to lose. Using an alt to at least give myself a little protection (and not expose myself to watch lists) I threw myself on the mercy of the local CEO offering to sell the Orca cheaply. I didn't expect a reply.

My low expectation was put to shame as the CEO replied that he had no use for an Orca but was willing to scan me out for less than I was trying to sell him the Orca for. This still had me in the land of uncertain death but I couldn't lose more than I was already guaranteed to lose. I spent the weekend with my alt logged on as much as possible so I would know right away if my potential saviour found a route. I was updated in the morning and a night for two days that there was no useful route to be found. By this point I was convinced I was getting out of this in good shape. My corp were not so sure but I made the point that the guy would have just lied about having a route to get me in fleet and tell me to warp to him. He, of course, would be sitting in his POS ready to laugh as I bounced off the shields.

Just before heading offline after a long weekend of waiting for good fortune my saviour convo'd me. He had a hisec route and I should get on. Now we would find out how honourable he really was. Logging in my Orca I was invited to fleet and told to warp to him. Dropping out of warp I found myself at a wormhole. I jumped in and was webbed into warp to the next hole and the next. Jumping out I was in hisec. I had really made it out alive. My corp were stunned into silence and refused to believe I had ever been trapped at all. I told them it was my karma payback for the time we helped a stranded Tengu out to safety when we were camping a hisec hole (for which I got no end of grief over). I sent all the ISK my Orca pilot had, which was about half the value of buying a new Orca after insurance was taken into account. It was a well deserved payment. It didn't matter that I was in a hisec pocket (one heavily gatecamped lowsec to get through). I was in known space and people could get to me. A route was scanned to contiguous K-space and I flew the Orca home.

I would like to give a massive shout-out to Snowtie, the CEO of Snowlodoto for being wonderfully helpful and definitely honourable. You sir are a Gentleman and a Scholar.
at 16:19
Email ThisBlogThis!Share to TwitterShare to FacebookShare to Pinterest
Labels: eveonline, miracle, trapped, wormhole